Grow your collection of real skate videos, and upgrade and optimize your way to the top of the feed. Through progressive storylines, fun limited time events, and enticing collectibles, the game makes two things clear: Skateboarding and idle games are for EVERYONE. 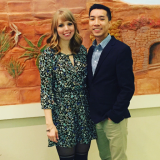